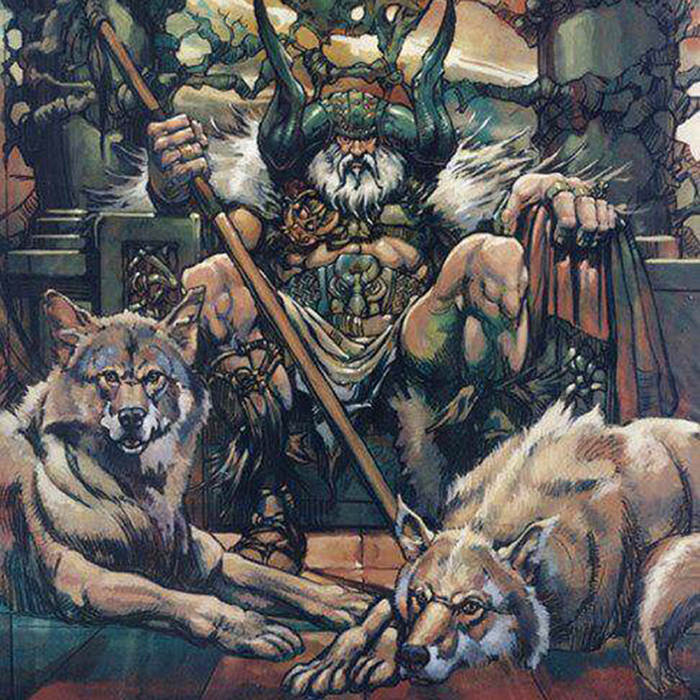 Norse mythology is the body of mythology of the North Germanic people stemming from Norse paganism and continuing after the Christianization of Scandinavia and into the Scandinavian folklore of the modern period.

The northernmost extension of Germanic mythology, Norse mythology consists of tales of various deities, beings, and heroes derived from numerous sources from both before and after the pagan period, including medieval manuscripts, archaeological representations, and folk tradition.

In Norse mythology, Geri and Freki (Old Norse, both meaning “the ravenous” or “greedy one”) are two wolves which are said to accompany the god Odin. They are attested in the Poetic Edda, a collection of epic poetry compiled in the 13th century from earlier traditional sources, in the Prose Edda, written in the 13th century by Snorri Sturluson, and in the poetry of skalds. The pair has been compared to similar figures found in Greek, Roman and Vedic mythology, and may also be connected to beliefs surrounding the Germanic “wolf-warrior bands”, the Úlfhéðnar.