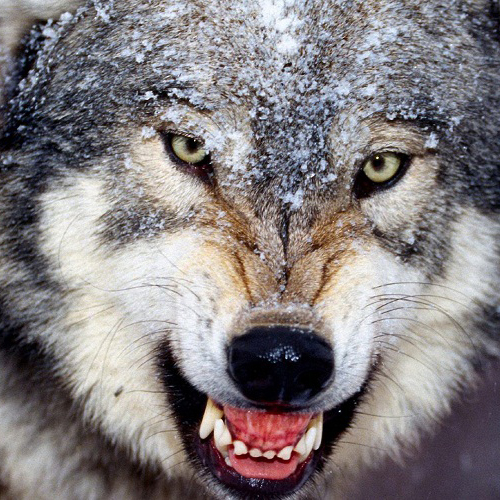 Many hidden qualities and forces of nature are accessible to us if we are attuned to the natural forces around us.

The animals express the spirit nature of that species and exemplify qualities we can learn from. They are psychological and spiritual symbols that convey to us qualities we are need of or lack in our daily lives. They are mirror of us reflecting our own innate qualities to help ourselves better understand our connection to all things.

The wolf offers some of the most striking animal meanings in the realm of spirit animals. The power of the wolf brings forth instinct, intelligence, appetite for freedom, and awareness of the importance of social connections. When the wolf shows up in your life, pay attention to what your intuition is telling you.

Among Native Americans Wolf had dual symbolic values of both great good and terrible evil. Hunting tribes were those that often revered Wolf as a great warrior. Wolf medicine is that of devotion, victory, inventiveness, safety and fertility.

Some Native American stories connect Wolf Spirit to human kind as an ancient ancestor or Creator God. Pueblo tribes include Wolf as the guardian of the east, while among the Zunis carrying a wolf image is a way of manifesting well-being and protection.

Wolf as a Celtic Animal Symbol

The symbolic value of Wolf mixes liberally with Hound and Dog in Celtic tradition as an emblem of bravery, faithfulness and integrity. Overall the Celtic stories speak of Wolf as a guide who walked closely with the god of the forest, Cernunnos.

Geri and Freki (Old Norse, both meaning “the ravenous” or “greedy one”) are two wolves which are said to accompany the god Odin. They are attested in the Poetic Edda, a collection of epic poetry compiled in the 13th century from earlier traditional sources, in the Prose Edda, written in the 13th century by Snorri Sturluson, and in the poetry of skalds. The pair has been compared to similar figures found in Greek, Roman and Vedic mythology, and may also be connected to beliefs surrounding the Germanic “wolf-warrior bands”, the Úlfhéðnar.