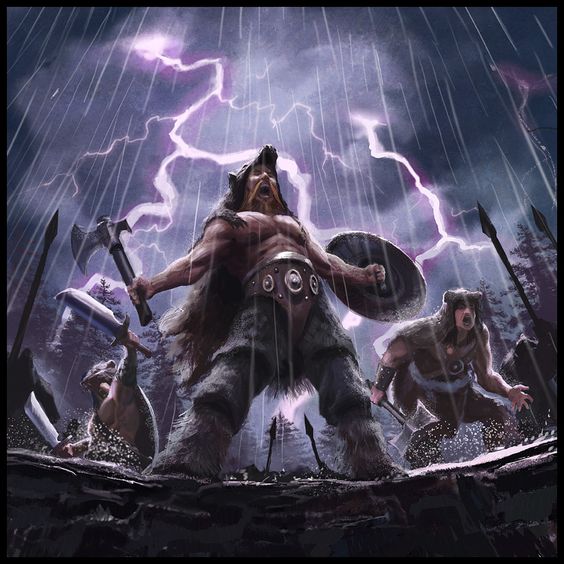 It is proposed by some authors that the berserkers drew their power from the bear and were devoted to the bear cult, which was once widespread across the northern hemisphere.

The English word berserk is derived from the Old Norse words ber-serkr (plural ber-serkir) meaning a “bear-shirt”—i.e., a wild warrior or champion of the viking age, although its interpretation remains controversial.

It is proposed by some authors that the northern warrior tradition originated in hunting magic. Three main animal cults appeared: the bear, the wolf, and the wild boar.